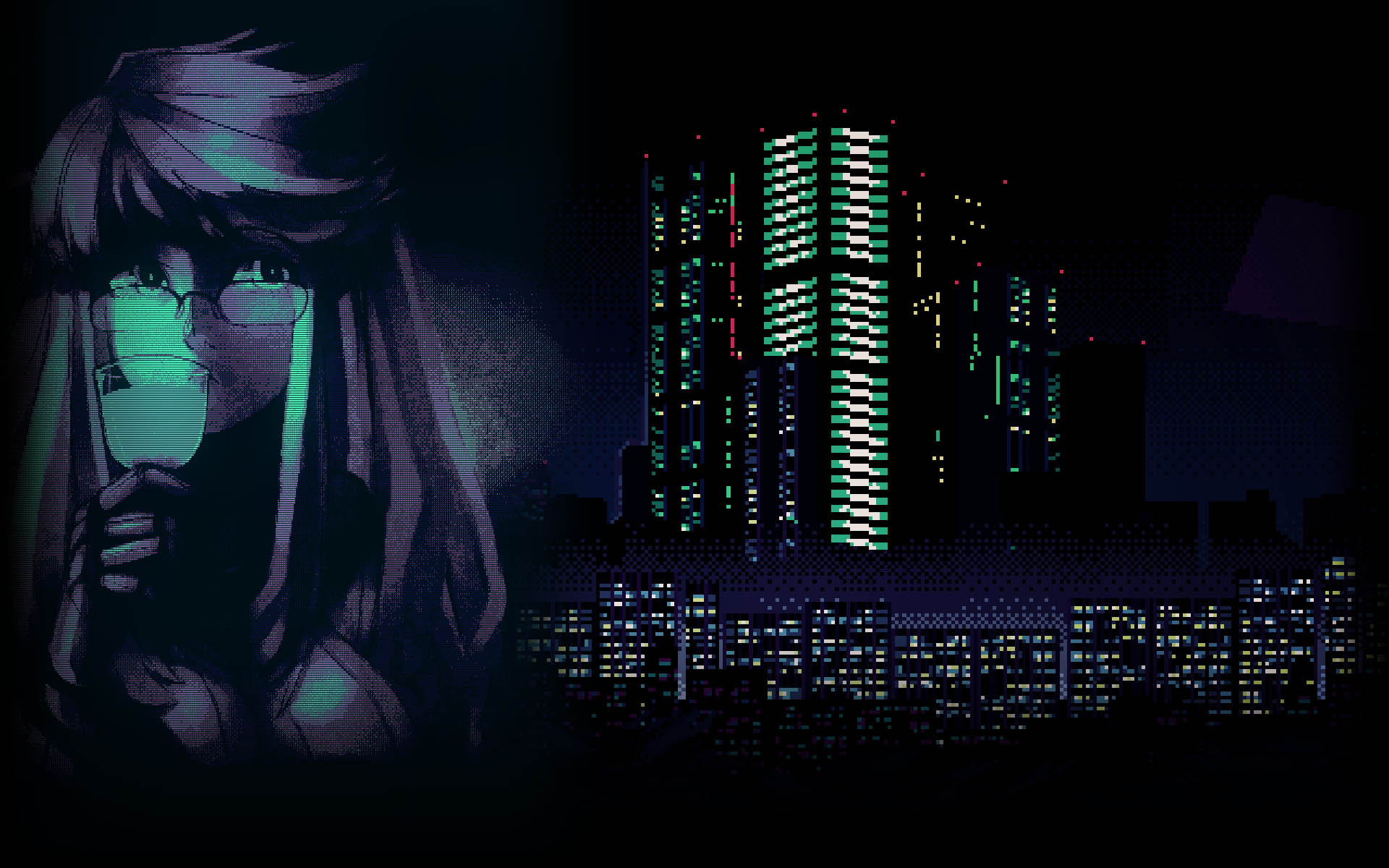 Read Only Memories shares its canon with VA-11 Hall-A, and takes place about ten years before it. The game has its own wiki. Given the shared characters, companies and universe, it might make sense to merge it into this one.

I've talked to the founder of the ROM wiki and he gave me the go-ahead - although we haven't yet managed to come up with a shared name - but I'd still like to ask y'all:

Should we merge with the ROM wiki?

Pigzillion wrote: Yes, but the majority other wiki's(such as the Batman Arkham wiki) have a general prefix when it comes to their franchises, such as "Batman Arkham" or "Metal Gear".

Difference being those are major game franchises which are part of even larger major IP franchises. It makes sense to divide them up. These two are niche indie games.

Pigzillion wrote: Moreover, if we don't have any editors to fill in the blanks given by ROM, we'll just have more pages full of nothing but empty space;

Point, but we needed to do a lot of work anyway, this just gives us more to work with.

Pigzillion wrote: I've never played the game, so I can't add to anything not found in VA-11 Hall-A.

Pigzillion wrote: What are we going to call the new wiki if we merge the two sites?

I already mentioned this in the original post. Changing the name would take the least amount of work of anything involved in the merger and it's something we can't really done 'till everything else has been done already, so while a new name is something we'd definitely need to have it isn't exactly a priority yet.

The last time you edited an article on the ROM wiki was 6 months ago, an article consisting of one line and that hadn't been touched since January. Is that suddenly going to change if we merge the wiki's together? Because in my mind, all it means is more work that will never be completed.

I'll put it like this; until we can actually get this wiki into shape by making articles consist of more than just a line and an infobox, I don't think it's a wise decision at all to add more work to an already dire situation.

And on a separate note, I still can't edit any of the articles. It just keeps showing a neverending loading screen.

Let's continue the loading thing on your wall, messaged ya about it.

Counterpoint: Like I said, two wikis for two nice games don't attract a lot of people. One wiki for both means more people are interested, means more potential editors and more effort invested in everything. The scenario we're in now is literally listed as one of the reasons for merging on Wikia's help page on it.

Nice games don't get editors, popular games do. Merging them together won't change that; VA-11 Hall-A came out little over 2 months ago and was a critical success, and sold quite well for such an indie title. ROM wasn't exactly a failure, but went by almost completely unnoticed when compared to something like VA-11 Hall-A, and it came out almost a year ago. At least until the PlayStation launch, there aren't gonna be any new editors for it.

As such, like I said last time, I don't want to merge the wiki's until we get things sorted out here first.

Now imagine that you've got a lump of shit. Ugh. Then someone comes, throws it in a bucket and adds another lump of shit and stirs it all together. BOOM! Now you've just got an extra large pile of shit lying in front of you, doing absolutely nothing.

What would you rather have, a king sized chocolate bar, or a king sized pile of shit? Cause until we clean up at least one of the wiki's, all you're getting is the latter.

I think you kinda undermined your own metaphor. If we clean up one of the wikis and then merge, we'd end up getting a chocolate bar covered in shit, which I'd say is worse than just a giant pile of shit as with a giant pile you can at least throw it away and not be saddened by the beautiful delicious chocolate within that has been ruined.

I think it'd be a lot easier to sort out two related messes than to sort them out separately first, only to have to rework everything again to get it all compatible with each other.

That doesn't undermine it, it means that regardless of how well we clean up one wiki, we shouldn't merge them until both are reliable. Regardless, it doesn't really matter unless I find a way to start editing again.

Reviving this as Read Only Memories finally got its big update.

I've cleaned up the ROM wiki's a bunch since this discussion (e.g. the tons of drink pages with nothing but one line in it've been merged into a big, formatted, pretty list), though it's still not at a point where I'd like it to be.

I think the two wiki should remain seperate.  While they do take place in the same universe, in my opinion each game is different enough to warrant it's own wiki.

However I'm thinking what we can do is link the two on their respective front pages.  Have a link to the R.O.M. wiki on the VA-11 Hall-A front page and vice versa.

I agree with Hfar on this one. I love both games, and love the cameos they each have (only today I notice the Hassy Zero ad in the "Good" ending) but I don't feel there's a strong enough link to warrant merging the two. I'm glad the link's there; I only started playing ROM after serving Lexi and TOMCAT.

On the plus side, keeping them separate means we get to keep 2 well-themed Wikias! Our Friendly Conversation ticker is 10/10

What do you think?